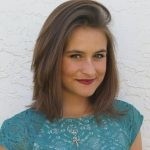 Millenials are fueling the fire of the increasingly popular buy-now, pay-later billing option. These pay-by-installment services include Afterpay, Quadpay, Affirm, and Klarna and are springing up in more retail stores as time goes on.

According to Gartner L2, millennials have a collective spending power of $200 billion though most don’t even own credit cards. This makes the buy-now, pay-later option especially appealing to millenials who also want to cut back on collecting more debt.

The benefits of these options are evident for buyers, but what about for the retailers? Well, businesses employing pay-by-installment options as part of their payment plans experience an increase in customer order sizes and a decrease in cart abandonment. Of course this leads to an inevitable drawback for customers ⁠– they may spend a lot more than they initially anticipated.

Financial wisdom or payment procrastination? The future for pay-by-installment plans is yet to be seen. Decide for yourself and check out Gartner L2’s article here.

The newly-optimized ThruPlay keeps track of every time your video ad is watched in its entirety or for at least 15 seconds. Recent analysis shows that there is a drastic difference in view count for a 3-second video compared to that of a 10-second video; every second counts ⁠– literally. Facebook also plans on marketing your video ads to people who are expected to watch a video through to the end.

In addition to these changes, Facebook is giving businesses the choice between a billing option based upon impressions versus one based upon actual ThruPlays.

Keep an eye on these changes as possible customers (hopefully) view your video ads. Discover how to set up new ThruPlay campaigns and take a look at Social Media Examiner’s article today.

The tides of consumer packaged goods (CPG) are shifting due to the rise of ecommerce.

To keep their heads above water, more and more CPG manufacturers are focusing on their online presence. As a result, ecommerce has grown to be the most lucrative and fastest-expanding sales channel for such businesses.

While various consumers are turning to digital channels to purchase anything from paper towel to potato chips, CPG businesses cannot entirely forsake their brick-and-mortar roots. Instead, they have been incorporating aspects of ecommerce into their marketing. For instance, a manufacturer may still sell products in-store, but they may also sell special-edition items (unavailable in stores) on their online platform.

Online sales for consumer packaged goods are growing much more quickly than brick-and-mortar sales. CPG businesses must adjust to this ever-changing market.

Ecommerce is changing the game for everyone. Read this article from Digital Commerce 360 to learn more about it.

Once again, Pinterest is thinking about its businesses. Aware of the overwhelming growth in video content, the social media platform has introduced new video features such as an improved uploader, a video tab, lifetime analytics, and pin scheduling.

Pinterest aims for these developments to aid the various online businesses advertising on their platform. According to them, there has been a 31% increase in the search for “inspirational” videos since last year. The most popular formats for these are how-to videos, tutorials, and brand stories.

Businesses and advertisers alike will also be granted access to Pinterest’s collection of trending video searches to better tailor video ads to possible customers. This way, your videos will find consumers who actually want to watch your video ads... no, really.

Not advertising with Pinterest yet? Maybe this will change things for you. Read all about it with Search Engine Journal’s article here.

Brooke is a marketing intern with interests in editing and creative writing. She’s worked in writing, editing and copywriting and has published various creative pieces including poetry and short stories. When not learning about marketing and ecommerce, you can find Brooke browsing any public library or looking for the next best running trail.

In an effort to continue improving our platform, GoDataFeed has made some updates that help our customers use and navigate through our app smoothly and seamlessly. Read on for all the changes we made in Q4!

Artificial intelligence continues to become more sophisticated with each passing day. That is why businesses are increasingly relying on AI and its dynamic capabilities to optimize the critical aspects of their business. Read on to find out more!