Out with Bing Ads, in with Microsoft Advertising 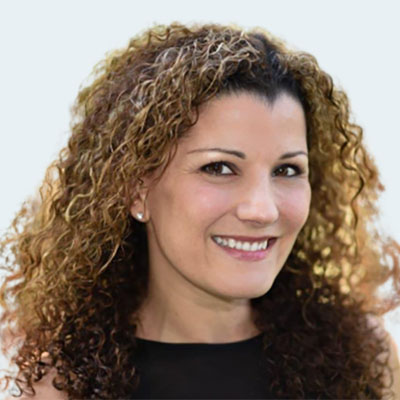 For the better part of a decade, Bing has been slowly growing its influence over the online-marketing community.

While Google has always been the favorite of publishers that rely on clickable headlines, marketers whose jobs depend on acquiring customers have long known that Bing has more potential than most people think.

Bing Ads has become Microsoft Advertising and it turns out that this news represents more than just your typical name-change or rebrand.

In the years to come, Microsoft Advertising could become a force-multiplier for your company’s marketing efforts.

What Does the Change to Microsoft Advertising Entail?

Whether your company has never used Bing Ads before or it’s been a long-term staple in your overall marketing campaign, it’s worth understanding what this change represents.

According to Rik van der Kooi, VP of Microsoft Advertising, Bing Ads’ rebranding is actually part of a much larger shift for the company:

“In the next year, we’re introducing more advertising products with built-in AI, more connected to your data and your business.”

This simple statement is actually very exciting news for marketers. While artificial intelligence (AI) has been a hot-topic for years now, most companies have used it mainly as a buzzword – wishful thinking about what could be coming in the future.

On the other hand, Microsoft has actually been investing in AI for years now. The company has been especially passionate about the idea of using experts to teach computers models, so they can utilize machine-learning to better serve users.

Imagine what that kind of technology – the ability to continuously learn and adapt – could do for your paid marketing campaigns.

That being said, it’s worth recognizing that there’s also a very pragmatic purpose behind the name change: it’s an easy way of helping more Microsoft users take advantage of Bing’s advertising capabilities.

“It’s a simple shift because our clients and partners already know us as Microsoft, and many are already tapping into our new advertising products that go above and beyond search, such as the Microsoft Audience Network.”

Still, once again, this subtle change could cause major changes to the world of online marketing. More users understanding Microsoft’s many offerings may bring more competition. Companies that have otherwise had it easy up until this point could soon find that many of their rivals are now aware – and taking advantage – of Microsoft Advertising’s potential.

What Microsoft Advertising Brings to the Table

Speaking of which, let’s take a look at what these offerings from Microsoft entail.

The company appears to be newly-determined to make a run at Google’s throne. This is big news for advertisers, because it means new marketing services are either currently available and ready for deployment or will be soon – meaning now is the time to plan for them.

One especially interesting addition to Microsoft’s offerings is their 3D ads. While it’s still in pilot, these ads would offer a “See 3D view” option in Bing Knowledge panels. Once the user clicks on it, they can manipulate the 3D image, access more data about the product, and much more.

If you have a physical product to sell that customers might like to see in-person before purchasing, providing a 3D image could help sales. At the very least, it’s worth thinking about how just the novelty of offering a 3D image would grab shoppers’ attention.

There’s also plenty of talk about other valuable features that may arrive by the end of the year. For example, “customer match” and “in-market” audience-targeting capabilities wouldn’t necessarily be unique to the platform (like 3D views), but they would give advertisers one more reason to find room in their budgets for Microsoft Advertising.

Microsoft Audience Network (MSAN) is evolving, as well. Specifically, Microsoft’s native ads solution will expand its distribution to various search-syndicators. This will give advertisers access to more than just Outlook, MSN, and the Edge browser.

Microsoft is enhancing MSAN’s features, too.

Among other things, this will include letting users view their impressions and a new tool that will make it much easier to manage their products’ images. In short, marketers will have much more control over their ads and data to draw from them.

The platform is also coming to the United Kingdom and Canada by the end of 2019.

Is Now the Time to Try Microsoft Advertising?

Every company’s unique needs and budget are different.

Still, it’s hard to ignore what Microsoft Advertising brings to the table and the many more promises it could still uphold.

For one thing, Bing’s popularity was already growing prior to the name-change and ensuing announcements of new features. The company has enjoyed eight consecutive years of share growth and currently boasts more than 500,000 advertisers on their platform. Those advertisers enjoy access to over half-a-billion potential customers.

That was before they penned a deal to exclusively provide search-advertising for all of Verizon Media’s many properties, a move that many see as providing an obstacle to Google’s continued growth.

Now, the company is supporting the ability to run videos right from ads and may soon make 3D images a commonplace tool for advertisers.

Those are tough advantages to ignore. They could soon become the kind that are impossible to recover from, too, if your competition is able to utilize them to the fullest.

It’s worth finding out sooner rather than learning the hard way later.

Lin is Director of PR and Communications at GoDataFeed, a multi-channel feed automation and optimization platform that helps thousands of retailers sell more on 200+ ecommerce channels.

In an effort to continue improving our platform, GoDataFeed has made some updates that help our customers use and navigate through our app smoothly and seamlessly. Read on for all the changes we made in Q4!

Artificial intelligence continues to become more sophisticated with each passing day. That is why businesses are increasingly relying on AI and its dynamic capabilities to optimize the critical aspects of their business. Read on to find out more!