3 Reasons You Should Be Selling on Walmart Marketplace

You probably already understand the value of ecommerce diversity.

Products garner more attention spread out across the web than they do when limited to one or two platforms.

Chances are your products are already listed on major channels like Amazon and/or eBay, and maybe some niche sites that cater to your specific audience. There's one marketplace (not named Amazon) with a growing online presence you will want to look at: Walmart.

In an effort to challenge the more dominant forces of the ecommerce world, Walmart has been acquiring promising brands since 2010–and it doesn't seem like they're stopping any time soon. Couple that with their recent website overhaul, their massive (and loyal) customer base, and the fact that their US ecommerce sales are up 43% year-over-year... and you've got a recipe for relevance.

Walmart Marketplace presents a big opportunity for many retailers who want to give their business a boost. Still not convinced selling on Walmart is worth your time?

Here are three reasons why you should be selling on Walmart Marketplace:

1. Reach a huge customer base

We alluded to this in the intro, but it can't be overstated.

Few people haven't heard of Walmart, especially when considering those living in the US.

Walmart is the most popular store in America (not counting McDonalds, which is technically a restaurant), with over half of the country visiting the chain on a monthly basis. After all, there are over 11,300 locations worldwide, and over 5,300 of those are in the US.

Walmart is currently the third largest marketplace in the US. It's no surprise that Amazon is number one, but Walmart is not too far behind number two: eBay. And with online sales up over 40% during last year's holiday quarter, the company's future is looking bright.

Walmart's massive audience translates to potentially enormous exposure for your business. It's likely that your particular target demographic is included in their customer base because it's so large and varied.

2. Walmart is competing for you

Up until recently, Walmart hadn't been too invested in the marketplace world. The company has expanded from having just six third-party retailers in 2014 to recently surpassing 20,000 in 2018.

This recent emphasis on growth is promising. Especially when you consider their current status of third largest marketplace, and the fact that they vet sellers before approving them. They've had the resources to make a bigger ecommerce splash than their competitors did when they first started focusing on ecommerce–but that considers a multitude of other factors.

Walmart is focused on to challenging the bigger fish in the pond, and they have the means to do so. The company has a greater revenue edge than Amazon, thanks to groceries. Amazon actually acquired Whole Foods for the same reason that Walmart has prioritized online sales... they're both going after each other's primary markets.

But Walmart has invested far more into its physical presence, as that was–and continues to be–their primary focus. Not to mention, it takes much longer to build such a dense physical presence than it does to build an online marketplace–even one as developed as Amazon's.

What's really important here? Walmart wants you to succeed on their marketplace.

As does Amazon, but Amazon is chock-full of eager merchants. In 2018 alone, over 250,000 new sellers joined Amazon.

You won't get very far without solid products and strong marketing (anywhere, obviously), but you'll stick out more–especially if you're prepared–on Walmart's Marketplace.

3. To stay ahead of the game

Now it all comes full circle.

Channel diversity is monumentally important in the world of ecommerce. No target audience acts as singular unit. Every audience is made up of different kinds of people, even if they do share some similarities.

Your best bet is to surface your products across as many reliable platforms as possible.

It's obviously more effort to do so, than to rely on one marketplace and say, a niche site or two–but limiting where you sell your products, limits who sees your products.

Right now is a particularly good time to climb aboard this moving train. Not only is Walmart anticipating more exponential growth, they already topped Wall Street expectations after big earnings this February.

Walmart is serious about showing investors that it will grow in the ecommerce space, so it's investing a lot of time and money into its online marketplace.

Looking get started but have some questions? GoDataFeed can help you expand your business and automate a lot of the grunt work. Drop us a line, we've got answers. 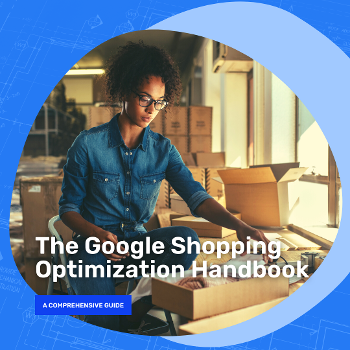 Gio is a marketing specialist with a passion for digital design. A particular gamer, dog enthusiast, meme connoisseur and science appreciator, he has too many interests to list. When he's not involved in GoDataFeed's marketing, he's usually focused on mysterious projects.

Cashing in on Snapchat's Dynamic Ads

Snapchat Dynamic Ads are a simple and effective way to reach new customers. If you sell products online, have a young target audience, and you're not already using Snapchat, you might want to change that.

People would totally buy on YouTube if they could. As it turns out, we may be getting the long-rumored YouTube Shopping feature after all.